Former Furman University XC/Track & Field Coach, who was one of the original founders of the Greenville Track Club (see GTC History page) in 1972. Bill was instrumental in developing the running environment in the Greenville area, after moving from Knoxville, TN where he saw the influence of the Knoxville Track Club on the local running community.

Honored as the Southern Conference Coach of the Year, his Paladins won the SoCon cross country title in 1976. His 1977 Paladins placed second by a mere three points to East Carolina at the SoCon Outdoor Track & FIeld Championships, one of Furman's best placings ever.

A former assistant at then track powerhouse University of Tennessee before moving to Greenville to coach at Furman, he later coached the Saudi Arabia National Team from 1979 through 1981. Bill was inducted into the GTC Hall of Fame in 2016. In 2021 he was once again honored by being selected to the Furman Univeristy Athletics Hall of Fame.

ShA former school record holder over 800 meters at Florida State University in Tallahassee. After graduating from Florida State with both a bachelor’s and master’s degree, Caldwell excelled as a professional distance runner, winning the Racing South road racing Grand Prix series four times, qualifying for the US Olympic Marathon Trials twice, and winning US National Masters championships at 5,000m and the Half Marathon. Among her many accomplishments, she placed among the top ten at Atlanta’s famous Peachtree Road Race three times, won the 1992 Seattle Marathon, and earned three silver medals at the World Masters Games in 1997 (1500m and 5000m on the track and over 8K cross country). She demonstrated tremendous range in competing at a very high level from 800 meters up to the marathon.

In only two years at Furman University, she led the women's XC team from sixth place in the Southern Conference to a top ten ranking in the Southeast Region and a surprising second place finish at the 2011 SoCon XC championships. She coached her student-athletes to one SoCon championship (10,000) , two runner-up finishes (10,000 and Steepleschase) and a third place finish in the Indoor Mile. Four of her XC athletes earned All SoCon honors and three in Indoor/Outdoor track. In the 2012 season her athletes broke school records in the Mile and 3,000 Indoor and the 1500, Steeplechase and 5,000 meters Outdoor. 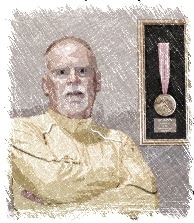 A former prep cross country standout from North Carolina, he was co-captain of Furman’s cross country team and later competed for the world renown Florida Track Club, which presented the opportunity to train with many of the nation’s best runners including  Olympians Frank Shorter, Marty Liquori and Dick Buerkle. He later competed for the Atlanta Track Club and then founded Racing South Magazine and the Racing South Competitive Team, which became one of the nation’s best.

Trained as an Exercise Physiologist, he coached many top athletes including Olympian and World Championship competitor Benji Durden who ran 2:09:57 at the 1983 Boston Marathon. 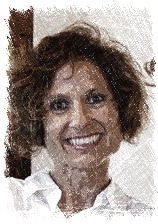 ​One of the Greenville area's most active fitness enthusiasts and a past president of the Greenville Track Club. Kerrie is not only an avid runner and has completed numerous marathons, but is also a veteran cyclist who continues to promote fitness through her varied interests throughout the area. Kerrie is an active committee member for the HOPE Relay, raising funding for Project HOPE--which helps children  of autism in the upstate. She has also participated in the Livestrong Tour, in which she cycled from Greenville to Austin, TX. 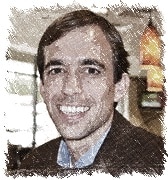 A former distance standout at Furman University, Tim continued his running career in the Austin, Texas area post-collegiately. He and his wife, Lauren, moved back to Greenville in the mid-2000s where they are the principals in The Briles Company, specializing in insurance and real estate. Lauren owns and operates The Primrose School in Greenville.

Tim continues to be active in the local running and business communities. 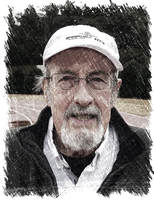 Art Williams was a founding member of the Greenville Track Club and the one of the first race directors of one of Greenville's oldest road races--the Reedy River Run. He was also the first race director in the Southeast to have a digital finish line clock and rented it to other races to earn money for the GTC. He is a former president of the GTC and directed the summer All-Comers track meets for several years. A former coach of the Eastside High School team, he also coached a group of GTC women marathoners. He was an outstanding Masters competitor and posted a 4:40 mile, 15:45 5K, 32:09 10K and 2:31.55 marathon (Boston '83).

A GTC Life Member, Art was and is assisted by his lovely wife Anne, who has also been instrumental in the GTC's and Greenville's memorable running history. Both Art and Anne have been inducted into the Greenville Track Club Hall of Fame. 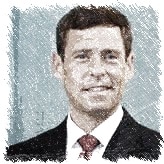 Sam Inman has been involved in the Greenville area running scene for many years. A long time member of the Greenville Track Club, he was also the race director for the TD Bank Reedy River Run, which is one of the South Carolina's oldest and largest 10Ks. He was instrumental in the purchasing process of the GTC's new home/office building at 1619 E. North Street, which was a major milestone in the club's 46 year old history. Sam was inducted into the GTC Hall of Fame in 2016.

Sam is also known for his excellent race announcing and has been a staple at the Spinx RunFest and United Community Bank Reedy River Runs. 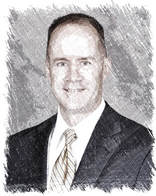 An active member of the Greenville Track Club, Craig is the Managing Broker for JOY Real Estate, where he is responsible for the Residential Sales Force, the Property Management Division, the New Homes Division, the Commercial Division, the JOY Elite Division, the Expansion Team, and the administrative staff.

Craig has been a Marine Corps Officer since 1986 and is currently a Colonel assigned as the Reserve Chief-of-staff of the II Marine Expeditionary Force (MEF) in Camp Lejeune, NC. The II MEF is a 62,000-man force composed of an Infantry Division, an Air Wing, a Logistics Group and a Headquarters Group.

He has taught business and information systems topics on the graduate and undergraduate level since 1991. Craig is also private pilot and has completed several marathons and half-marathons. He has also provided mentoring for GTC-ELITE athletes since 2015. 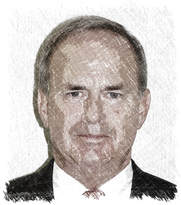 The former Director of Athletics for Greenville County Schools (1995-2001 and 2005-2015) is now retired and resides in Clemson, SC. His high school coaching experiences included the sports of Track & Field, Cross Country, Football, Basketball and Soccer. As a head coach his football team won the State Championship in 1989 and finished as runnerup in both 1984 and 1988. His classroom teaching experiences included stints at Rivers High School and Porter-Gaud School in Charleston, SC, J.L. Mann H.S. in Greenville, SC and North Augusta H.S. in North Augusta, SC. He served as a high school Athletic Director from 1975-1995. He was also Principal at Wade Hampton HS in Greenville from 2001-2005. Bill graduated from The Citadel in 1970 and earned a Master of Arts degree in Physical Education from the University of South Carolina in 1973. He later earned his Education Specialist degree from USC in 2001. He also served as a Captain in the US Army. 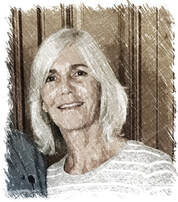 ​A casual runner at best, Jackie Borowicz took up coaching high school cross country after her twin daughters began to excel in the sport and the coaching position at their school was vacated. Trained by her mentor Roy Benson, she coached the girls’ cross country team for 8 years and the track team’s distance squad for 6 years at JL Mann High School, acquiring multiple team and individual titles at the Region, County and State levels. Even though retired from coaching, Jackie remains an avid fan of running, following local, collegiate and professional athletes and competitions.

Her twins continued running at the collegiate level - Emma at the University of South Carolina and Kate at Clemson - while her youngest child Robert swam for four years at Georgia Tech. She has an older daughter Sarah who was proficient in many high school sports. Jackie remains active with some running and walking. 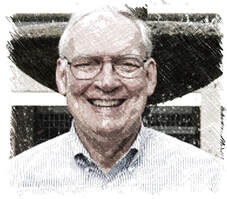 A graduate of Wofford College and the Medical University of SC, Dr. Pierce trained in pediatrics at Greenville Hospital System, Baylor Affiliated Hospitals in Houston, and MUSC.  He has practiced pediatrics in Greenville since 1978 and is a former Furman University physician.  He is board certified by the American Board of Pediatrics and served as a pilot tester for Maintenance of Certification board exams for many years.  He is a past president of the SC Chapter of the American Academy of Pediatrics.

Dr. Pierce trained in Boston with Dr. T. Berry Brazelton in the Touchpoints Approach to child-care.  After football, basketball, and track in high school he ran hurdles for Wofford.  A lifelong runner and former marathoner, he enjoys biking, hiking, and skiing.  He has been a long-time member of the Greenville Track Club and has served as a race volunteer and a member of the Board of Directors.
​ 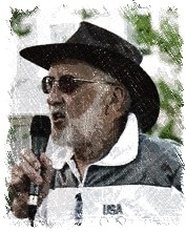 One of the original founders of the Greenville Track Club, he was instrumental in the development of the GTC's traveling competitive team. He was also a regular competitor in the Masters division on the Racing South Grand Prix circuit.

Adrian was one of the first race directors of the long-standing Reedy River Run in 1977, which is one of the state's premier road races. He also conducts the Masters Track & Field meet each June. For his many contributions to running, he was inducted into the South Carolina Road Runners Club of America Hall of Fame in 1989. He was inducted to the distinguished Greenville Track Club Hall of Fame in 2012.

Craven continues to run almost daily and is the very familiar voice at Furman's Cross Country Invitational each October. 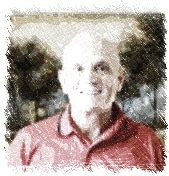 Mical E. Embler was a standout runner at Charleston Southern University, where he received his bachelor's degree in education. Several years after starting his career as a high school teacher, he developed an interest in accounting, so he enrolled in classes at Clemson University.  Within just three years he received his certified public accountant license, and five years later he opened his own firm, which he would manage in Greenville for the next 20 years.  Mical is a member of the South Carolina Association of CPAs, and the American Institute of CPAs.

Mical and Kim have two grown children and reside on Paris Mountain near Furman University.  They have five dogs who run with Mical almost every day.  Mical also enjoys martial arts, volunteering at church, and biking.

Mical was a valued member of the Board, as Treasurer, until his passing on May 22, 2021 due to complications from cancer.